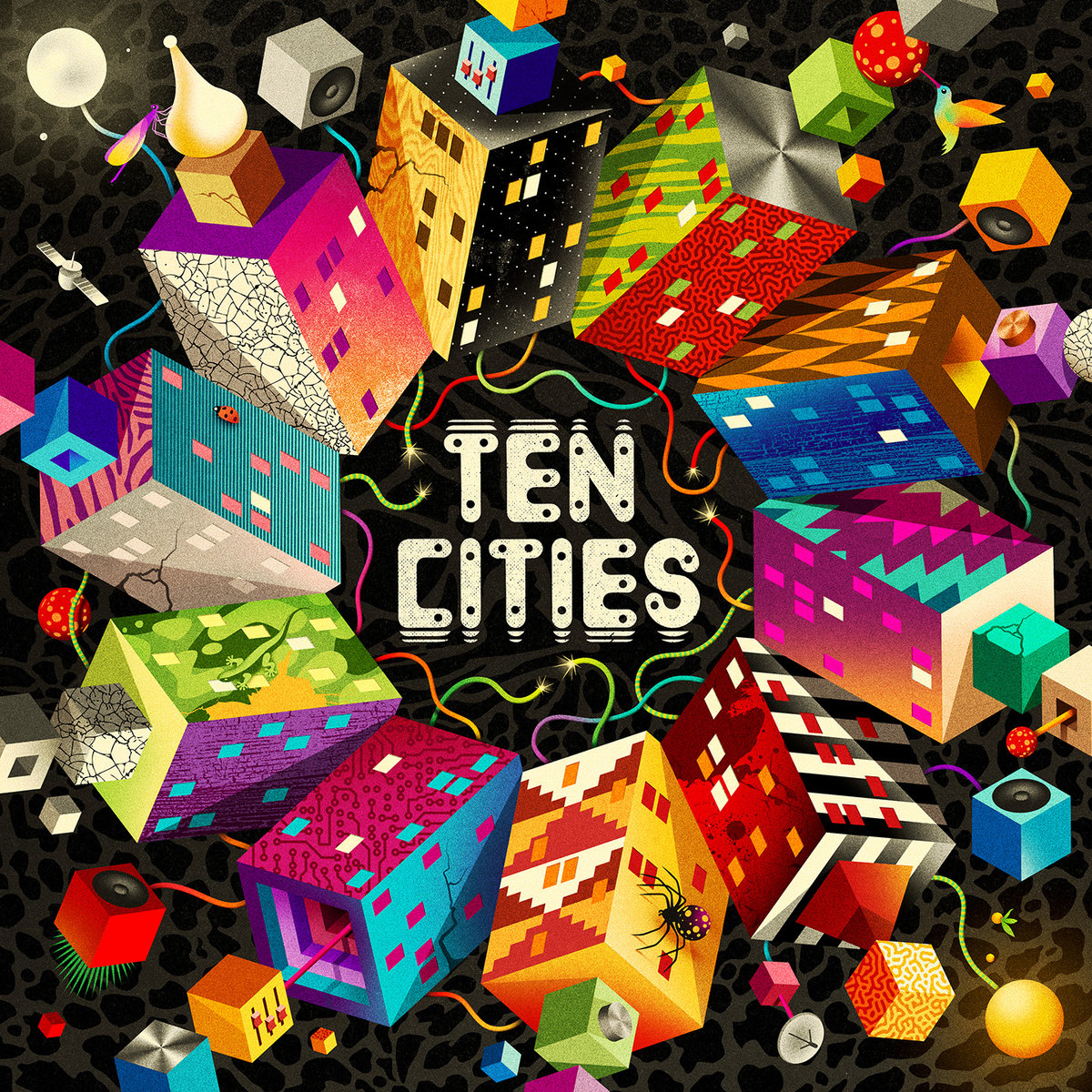 The idea went on and various collaborations made their own way on records, projects & concerts and inspired artists and scenes involved. 29.11.2019 we´ll bring back the spirit and celebrate it with a TEN CITIES jam at Yaam Berlin.

And one of our favorites Dj Mixanthrope (African Beats and Pieces) will show the diversity of Africas contemporary electronic music scenes.

The Nigerian yoruba percussionist and singer Wura Samba and Berlin´s electronic multitalents Gebrüder Teichmann met in Lagos, Nigeria through the TEN CITIES Project. After their succesful debut on Soundway Records (V.A. – Ten Cities) they are happy to present their first EP „2 Cities / Berlin – Lagos“, which is also the first release of the new NOLAND Tracks series.